You can edit this home page using our free, drag and drop Page Builder, or simply disable it to fall back to a standard blog. It's a powerful page building experience.

This widget uses Font Awesome - giving you hundreds of icons. Or you could disable the icon and use your own image. Great for testimonials.

Building your pages using a drag and drop page builder is a great experience that will save you time. Time is valuable. Don't waste it.

This Is A Headline Widget

You can customise it and put it wherever you want

Mac was born in Scotland on 28 May 1922 and joined the RAF in 1941, aged just 19. He was posted to Newquay for Basic Training and Pilot Ground School. He was then given 10 hours of Pilot aptitude testing in a Tiger Moth. He passed selection and was sent to No 5 BFTS in Florida for training. He started flying the Stearman PT17s, then graduated to the Harvard. He passed out successfully and returned to the UK to continue training on the Oxford. He was then posted to the Operational Training Unit at Silverstone to learn to fly the Wellington. Over 100 aircrew were huddled into a large room and told to crew up and proceed through the exit door to give crew names once they had a full crew. Mac knew it was essential to have a good navigator and saw an intelligent looking chap sitting quietly in the corner. The Navigator had left studying for a Science degree at Oxford to join the RAF and had qualified ahead of all his peers. Mac bagged him and then a bomb aimer, Wireless operator and two air gunners. They were now a crew, all acting Sergeants and all very young. On one sortie toward the end of the course, after takeoff, the Wellington was vibrating very badly and Mac couldn’t get any more speed from her. He had a bracket of less than 5 kts between his current maximum speed and stall speed. Very skillfully, with the help of the whole crew, he landed, to find out that they were the only known crew to have survived a Wellington flight with 2 wing fuel covers undone. The airframe fitter who had forgotten to secure them was charged and Mac was congratulated by the CO.

Mac’s crew were then posted to the Heavy Conversion Unit at Wigsley to fly the Stirling for a month, they were then declared “combat ready” and were posted to IX(B) Squadron at Bardney, Lincolnshire. Mac’s crew, under his exceptional leadership, went from strength to strength and were soon formation leaders, pathfinder leaders and windfinder leaders. Mac’s crew successfully flew all 3 TIRPITZ raids. Other attacks included sinking a destroyer in Gdynia Harbour, 3 dams, 2 oil refineries, 4 viaducts, 3 bridges, 3 submarine pens, 1 ammo dump, 2 flying bomb sites, 2 cities and finally, hitting Adolf Hitler’s home at Berchtesgaden on 2 April 1945. Mac completed over 40 operational missions, was commissioned and awarded the DFC.

At the end of the Second World War, Mac got himself onto a RAF Transport Command Conversion Course by bribing a WRAF Corporal with some stockings. Having converted to transport aircraft, he left the RAF with many happy memories and joined BOAC, then British Airways. He was a Captain on Comet 1s, Boeing 707s then Boeing 747s for over 30 years. 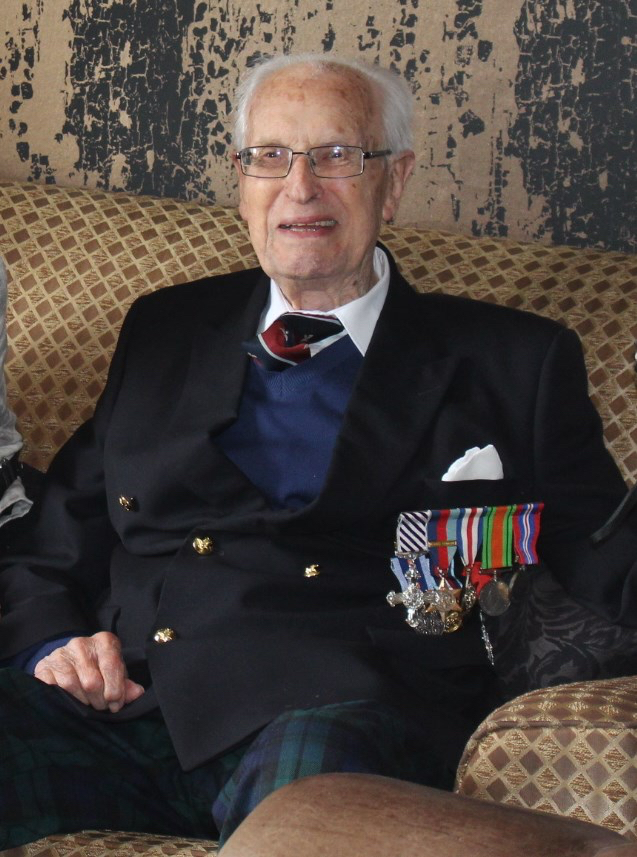 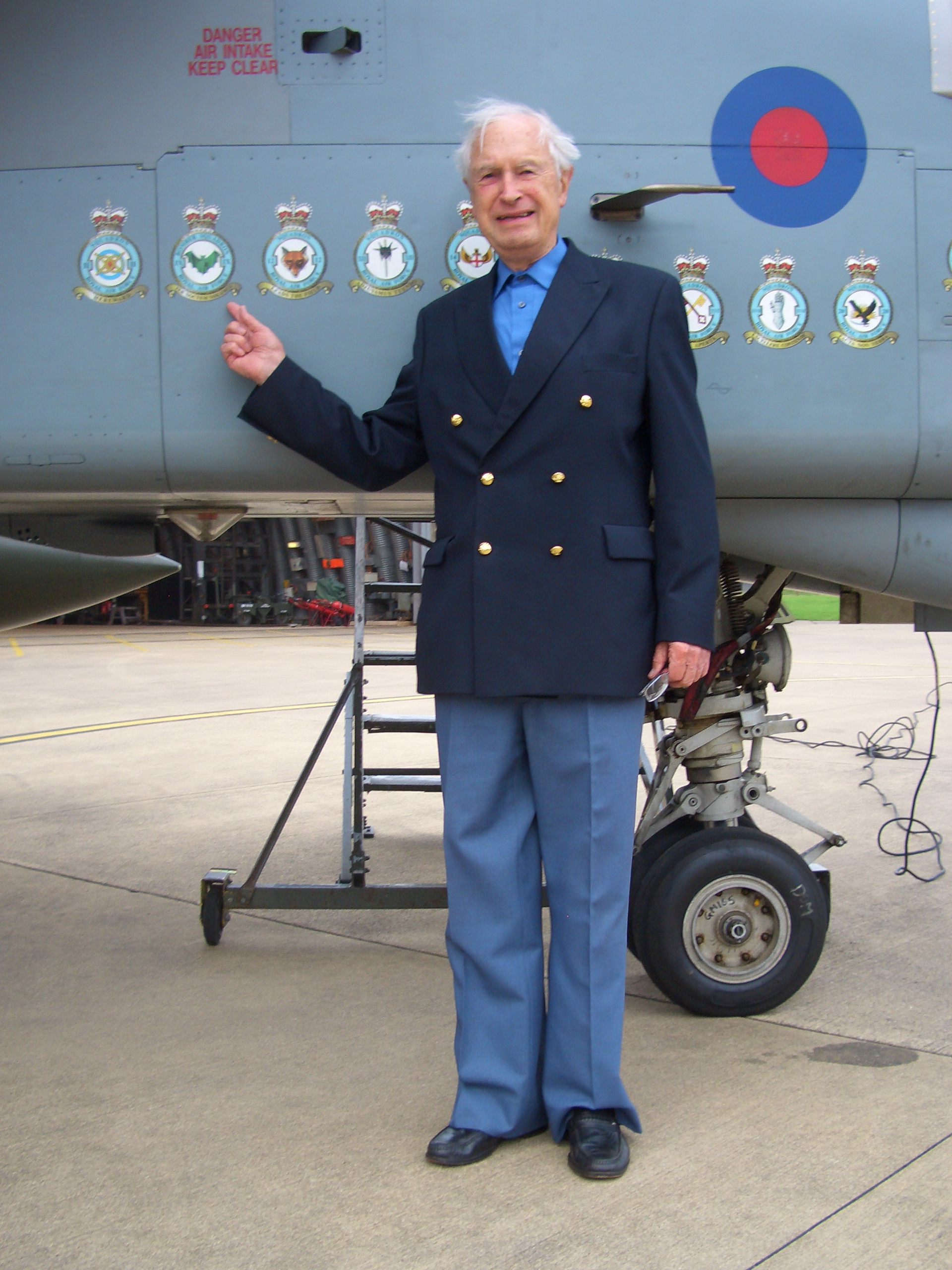 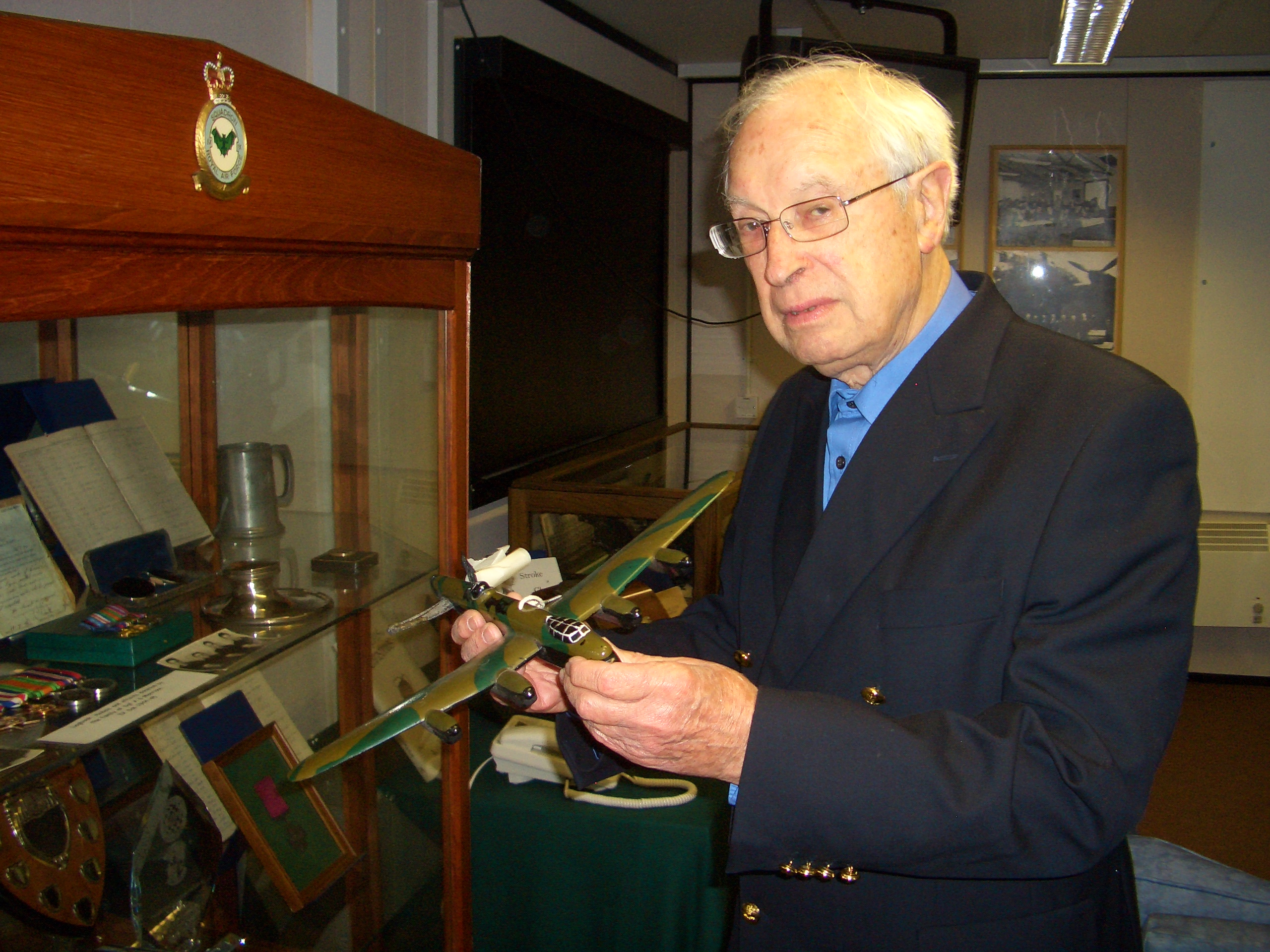 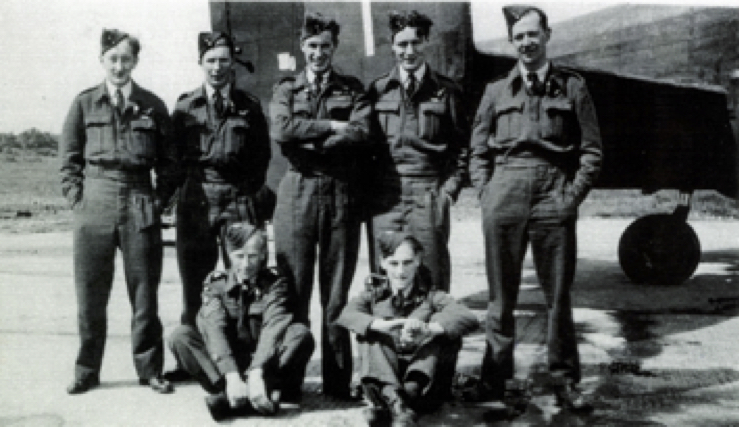 If you wish to attend, please contact the deputy secretary via email association.assistantsecretary@9sqn.co.uk

It is with great sadness that I must inform you that one of our finest members and role models, Harry Irons DFC passed away yesterday morning. I am sure that we all have at least one great memory of Harry, a man who served his country with distinction completing 60 Ops, and did his utmost to ensure his fallen colleagues were remembered appropriately by being one of the key people who made the Bomber Command Memorial a reality.

Our thoughts are with his daughter Janice and family

RIP Harry, hope the boys have got you a beer waiting. 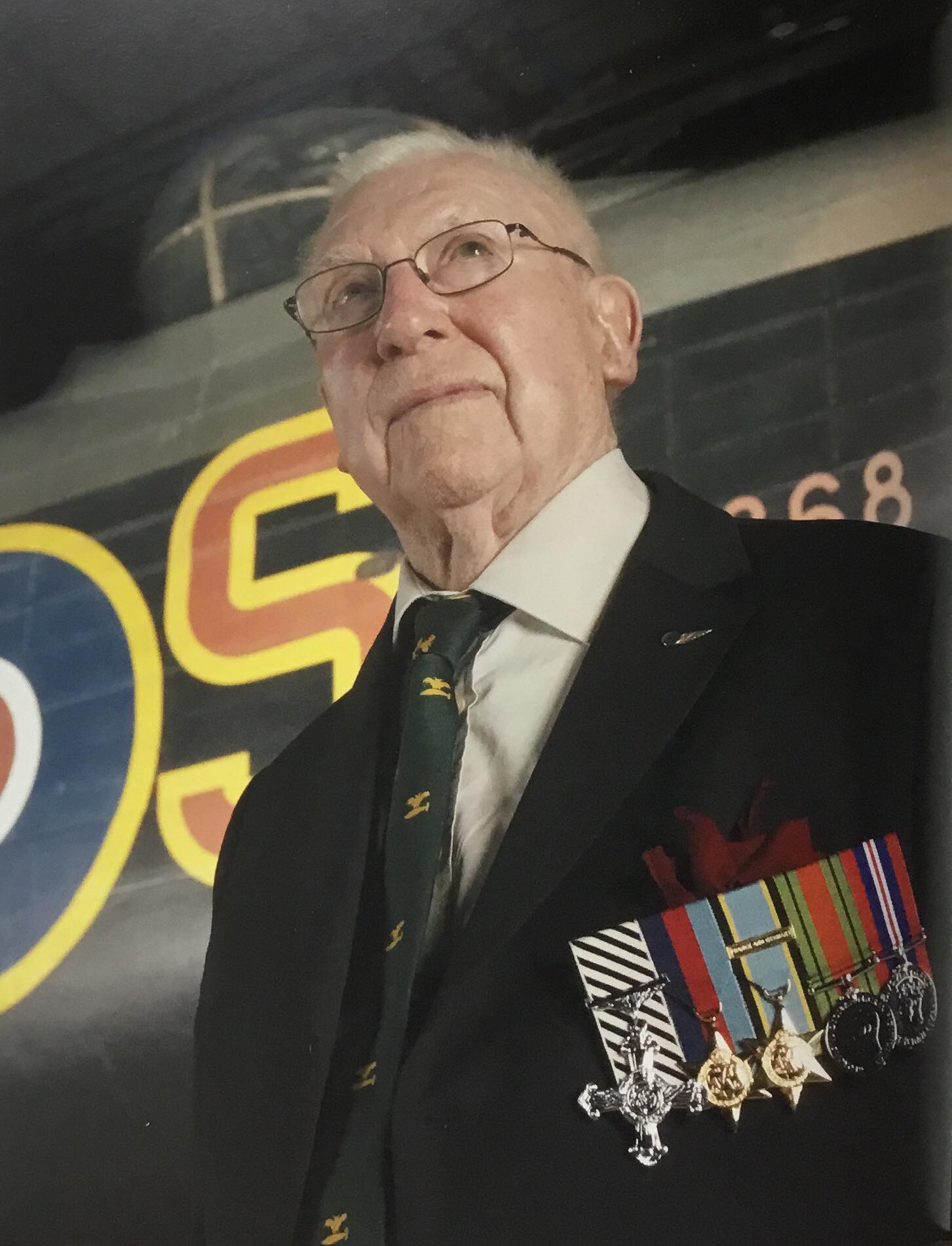 Please see the attached documents which are, specifically, a copy of the minutes from the AGM that took place at RAF Marham during the reunion weekend last year as well as a copy of the Agenda for this year’s AGM which will also take place in the Officer’s Mess, RAF Marham from 1100hrs. All members are invited to attend and there will be tea and coffee provided from approx 1045hrs.

Your Committee look forward to seeing as many of you as possible during the day.

All members are requested to view the completed accounts for the financial year 2017/2018 (Currently in the AGM section of the Website).  Those members attending the AGM will be asked to ratify them as a true and accurate statement of the year’s activities.  For those not attending the AGM, please can you can direct your questions on the accounts to the Association Treasurer.

Please see the message below, sent out in an email to all members recently.  It would appear that not everybody had visibility of this so I’m publishing it for you here. If you are interested in attending, please contact Alfie Ferguson or myself.

Association members are reminded of the AGM to be held at the Officer’s Mess RAF Marham at 1100 on the 23rd September.  The Agenda for which can be found in the AGM section of the website.  Members are requested to read the Financial report for 2016/17 and the financial plan for Financial year 2018/19, which are also in the AGM section: members will be requested to ratify both documents at the AGM.

Following the very successful inaugural IX(B) Squadron Association march past of The Cenotaph in Whitehall on Sunday 13 Nov 16, we are urgently seeking Association members to join us again.

We will meet at Horse Guards at about 0945. Don’t worry if you cannot walk too far if your “undercarriage” is getting a bit worn, as wheelchairs are on hand and we will provide “pushers”. We may also be able to arrange a free Taxi for you from anywhere inside the M25.

Following a trip to the loos, we will walk onto Whitehall at about 1020 hrs, dressed in jacket & tie, or whatever is comfortable.

We stay in this area watching events on a large screen for 30 mins or so, then come to attention for the 2 mins Silence.

The 5000 vets will then start marching past the Cenotaph in turn. We will hand a IX(B) Squadron Association Wreath to the wreath marshal, then turn right into Parliament Square, then right again into Horse Guards Road, where we will have a Royal salute. We go a little further then return to Horse Guards Parade for the dispersal. After dispersal, some go home, some go to local pubs and some go to Clubs for lunch.

If you would like to join us on 12 November 17, we need your name ASAP.

Dear All,
This morning I received a letter from Mavis Hall, wife of Desmond Hall. She was passing on the sad news that Des passed away, peacefully, in his sleep on 23 April 2017. She said that Des loved reading TABS, cover to cover, but that his quality of life was deteriorating. She thinks that he felt it was time to make his exit and that he planned it well – Mavis said she was in hospital with pneumonia at the time, so wasn’t around to talk him out of it! Mavis asked that I/we raise a glass to Des sometime, as he would like that and to pass on her regards to those who remember her and Des. “They were such happy times” We most certainly will Mavis, as usual, at the Reunion in September.
The following is paraphrased from an email I received earlier from Air Cdre Spike Milligan, who knew Des well:
Air Vice Marshall Des Hall CB CMG CBE AFC was a Flt Cdr on IX Canberras at Binbrook in the 1950s, when Sqn Ldr George Bastard was OC IX(B) Sqn. His DoB was 3 June 1925, and he joined the RAF in WW2 by fabricating his age. At the end of WW2 in 1945, he was just 20 and had earned a load of campaign medals, including the Burma Star. He got found out when he, as an Air Cdre, received his retirement papers, and then confessed. Instead of a bollocking, he got promoted to AVM and posted to the BHC in Canberra, from whence he finally retired!
He was a great guy, and we served together at Gaydon (Valiants) and Marham (Victors). When he was Stn Cdr Waddington, he flew a Vulcan to visit us on IX Sqn at Akrotiri on 3 Mar 1972. We had a photo taken in front of the Tirpitz bulkhead and he and I are members of the select group who did all three ‘V’ aircraft. He was always highly enthusiastic about IX(B) Sqn, and was very popular.
Rest in Peace Sir
TABS

We are sad to inform you that Flying Officer Roy Amerena passed away on 21 April 2017, aged 93. Roy was a Navigator on 149 and 9 Squadron and flew many missions in Lancasters during WW2. Following the war he stayed in the RAF and converted to Lincolns.

Roy’s Funeral was held in St Andrew’s Church, Steyning on 2 June 2017. 9 Squadron and its Association were represented by Mr Richard James and Mr Chris Fleming.

There are a lot of widgets bundled with Page Builder. You can use them to bring your pages to life.